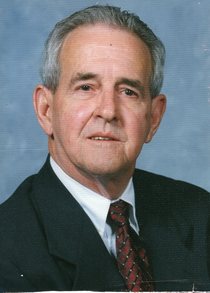 WENDELL – Henry Graham Tyson, Jr., 80, formerly of Wilson, NC, went to be with his Lord on August 27, 2015.   Graham was born April 2, 1935 to Henry Graham (Sr.) and Virginia Gwaltney Tyson.  He is best known as Graham, but his favorites were Daddy and Beba. He was an Army veteran and retired from Life of Georgia and Wake County ABC. He loved his family and friends. His favorite past time was shagging to beach music.

A graveside service is scheduled in Wilson, NC, at Maplewood Cemetery, at 11 o’clock, on Tuesday, September 1, 2015.