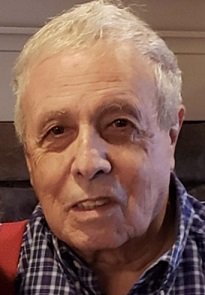 CLAYTON – Henry Albert Balboni, Jr., 90, made his Heavenly ascension on Friday, April 8. He was born in Beverly, MA, May 21, 1931, to the late Lena Ranieri and Henry Albert Balboni, Sr. In addition to his parents, Henry is preceded in death by his son in law Thomas Beatus, Granddaughter Leah Martin, and stepson, Steve Powell.

Henry grew up in a small city of Beverly, where his mom and dad owned a restaurant called “Balboni’s”, then they owned and operated a grocery store and meat market, both on Cabot Street. His grandmother was a tailor from Italy, and wanted to introduce Henry to the fine arts. She’d dress him in a suit and take him to the Ballet or the Opera. It was those experiences that he developed a love for music and dance. He listened to all genres, from Classical to Rock, but classical was his favorite. He attended St. Mary’s Elementary, St. John’s Prep schools. Although he was accepted to MIT, he chose Northeastern University in Boston, as his school of choice; he said the curriculum exceeded MITs. After 5 years of intense study, he graduated with a Master’s Degree in Chemical Engineering. He married Shirley Bartol, welcomed his first child, was offered a position with GAF, aka Ansco, and moved to Binghamton, NY. He was a perfectionist with chemicals and the effects on the environment, known for mixing perfect media batches, he never once mixed a bad batch, saving the company tens of thousands of dollars, in product costs. He had a passion for photography, and invented a film that could capture a picture in 1/1000th of a second. Ansco scoffed at it and said it would never work… Hence he resigned, and in 1966, Henry was immediately offered a position with IBM, as the Safety Manager, in Essex Junction, VT. For the next 13 years, he was presented with numerous awards for outstanding work and dedication in safety and the environment, and 6 more children. Divorced in 1979, he accepted a position as the Staff Safety Engineer, at the IBM – Raleigh Research Triangle plant. After many accolades, in 1982, he caught attention, and was appointed to the Governor’s Task Force, as the Microelectronics Industry Representative for Hazardous Substances Management. In 1985 a co-worker invited him to a local pub that was hosting a PWP night. It was there he met a woman named Jo Ann; he found the love of his life and married her, always together for the next 37 years. He was well respected and admired by his peers for his ingenious solutions to many problems. In 1991, He retired with IBM, giving them 27 magnificent years… and then he decided to go to school, to be certified in HVAC, and started his own HVAC business with his son Chris, cultivating his career. Henry’s stepson Johnny, followed his footsteps, and started his own HVAC business, which has flourished over the years. Sons Tom and Jim, have also entered into the HVAC trade.

Henry loved the outdoors. He hunted with his Father, uncles, cousins, and brother at their cabin in NH. Taught his children, biological and blended, how to ski, skate, fish, boat, and one of his strongest passions, how to play hockey, he was a die-hard Boston Bruins fan. He played for the IBM team in VT, and when he moved to NC, he found there wasn’t an ice rink to be found. So he petitioned to have a roller rink in Cary, repurposed as an ice rink. He caught enough interest within IBM, to create a few teams. Soon the hockey fever spread, local teams formed, intramural, regional, and state… and the rest is history, professional hockey made its way to NC… Henry started the Old Timers team, and played into his 80’s.

Funeral Service will be held Saturday, April 16 at 2:00pm with Visitation prior to the service from 12:30pm – 1:45pm. Burial to follow, at Central Baptist Church Cemetery, Wendell, NC.