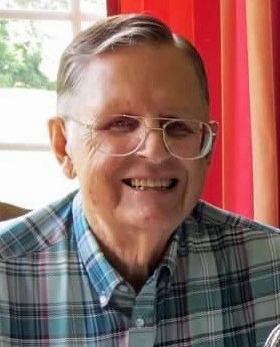 Glen graduated from Zebulon High School in 1953 where he also met his wife, Telia. Afterward, he graduated from NC State University in 1957 with a Bachelor of Mechanical Engineering. He entered the United States Air Force in May 1957 commissioned as a 2nd Lieutenant and then promoted to Captain.

Glen and Telia were married July 4, 1957. They welcomed their daughter Carole in 1958; daughter Amy in 1959 and son Alan in 1963. After his time in the USAF, Glen and his family moved to different areas of the country with his work. He spent most of his career at Langley AFB in Hampton, VA as a civilian Air Force employee; chief of Engineering for the Tactical Air Command.

In 1998, Glen and Telia retired to the Perry family farm where he was raised. He had many interests and activities throughout his life. As a youth, he enjoyed woodworking which continued throughout his life; hunting on the family farm in his earlier years; hunting trips to the western US; fishing in Alaska and Canada; extensive research work with Perry family genealogy; beekeeping; prolific reading; gardening and the continuing work on the farm.

Glen was preceded in death in 1958 by infant daughter, Carole Lynn Perry and in 2018 by grandson, Robert Stuart Butler III of Richmond, VA.

In lieu of flowers, the family asks to consider a donation in Glen’s memory to either the Leukemia and Lymphoma Society at donta.lls.org or 401 Harrison Oaks Blvd., suite 200 Cary, NC or Zebulon Baptist Church, PO Box 366 Zebulon, NC 27597.

His funeral service will be 11 am, Friday in the Strickland Funeral Home & Crematory Chapel with Pastor Jack Glasgow officiating.  Visitation will be from 9:30 – 11 am, prior to the service.  Burial will follow in the Zebulon Town Cemetery.  Full obituary at www.stricklandfuneral.com.

Dad…Wishing you a golden field, a swift bird dog, a good covey and peace.