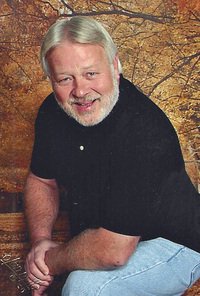 BENSON – Glenn Allen Dishman, 66, died peacefully at home on Thursday.  A native of Iredell County he was son to the late Espie W. & Gustie Stokes Dishman.  He graduated from Scotts High School and attended High Point College.  He was a U. S. Army Veteran having served in the Vietnam War.  Glenn was an awesome, bigger than life man who could make you smile.  He loved his family and his grandchildren very much.  They were his light.  He retired after 30 years of service from the State of North Carolina as a Communications Analyst Technician and later worked at Ciber.  He was preceded in death by his sister, Lula D. Frazier.

Flowers welcomed or memorials may be made to Hospice of Wake County.

Visitation will be from 4-6pm, Saturday, Strickland Funeral Home.