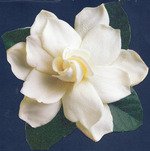 On Wednesday, August 17, 2011, our mother, grandmother, -great-aunt, and friend, Evelyn Rigsbee Cook, departed this earth for home with her Heavenly Father.  Waiting to greet her with open arms were her husband, parents, sister, and many other relatives and friends who predeceased her.

Evelyn, who later became “Honey” to her family and friends, was born on January 27, 1919, to Alsie Temperance Horton and William Wilson Sign Rigsbee.  She was born in Wendell, North Carolina, where she grew up and lived most of her life.  It was there that she met our dad, Wayne William Cook, Jr., and married him nine weeks later on November 2, 1940.

While Daddy served in the United States Army during World War II, Honey worked at Ellisberg’s Clothing Store in Raleigh and she volunteered at the Raleigh  USO Canteen.  After the war, they settled into family life in Wendell, providing a loving home for their four children and a safe haven for countless numbers of animals.

Honey loved all things feminine:  jewelry, perfume, pretty clothes, and Southern manners.  She was a talented artist who appreciated beauty and elegance, and her home was a showplace reflective of her personal style.  Christmas was Honey’s favorite holiday, and her artistry was fully displayed with a decorated tree in every room.  We express our heartfelt gratitude to her friends who helped maintain this annual tradition over the years.

Honey’s absence will leave a large hole in the hearts of those who survive her: sons Bill (Sherry) and Arthur (Charlie Mae) and daughters Deborah (Richard) Ruggero and Suzanne Bailey.  She leaves behind ten grandchildren, sixteen great-grandchildren, and three great-great grandchildren, as well as great-nephews, a great-niece, cousins, and special friends.