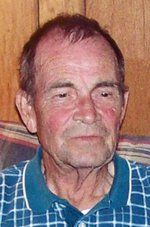 WENDELL – Eugene Donald “Mr. Don” Rhodes, 71, went to glory on Sunday surrounded by his family.  A native of Wake County he was son to the late Walter Ray & Elizabeth Johnson Rhodes.  He served his country in the U. S. Army in Germany during the Vietnam War.  Mr. Don was the former owner of Variety Pickup & Dons Doors and Windows.  He loved golfing and spending time with his family.  He was preceded in death by his beloved wife of 41 years, Carol Hughes Rhodes and his brother.

Flowers welcomed or memorials may be made to Liberty Hospice.