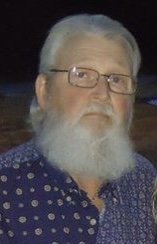 WENDELL – Ervin Robert Ayscue, Jr., 71, passed away on Thursday, January 13th, 2022. He was born in Wake County to the late Ervin Robert Ayscue Sr. & Ethel Ione Watkins Ayscue. Junior took great pride in his country and served honorably in the United States Marine Corps. After serving he returned to Lizard Lick and went on to open a business as a licensed Electrician. He was hardworking, loyal, and always went above and beyond for his family. He loved to hunt and enjoyed listening to his dogs run. Known by all as a jokester who loved “cuttin’ a rug”. He will be remembered as a beloved father, grandfather, and brother, who loved with everything he had. Junior was truly one of a kind. He is predeceased in death by his wife, Debra “Debbie” Scarboro Ayscue.