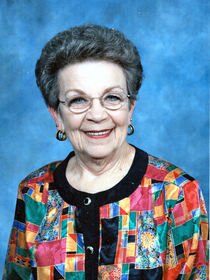 A native of Wendell, Eldora was born January 31, 1939, the daughter of Euphemia Allen Jones Britt and Russell Parker Jones.  After graduation from Wendell High School, she was a 1958 graduate of Peace College.  Eldora began her professional career with the North Carolina Forest Service working with the State Forester.  After a 35 year career with the Forest Service, she retired in 1997 as a program manager overseeing reforestation funding.

She was active in civic organizations, particularly the Wendell Jayceettes, where she served as a regional coordinator and was honored as a lifetime member.  Eldora was a lifelong active member of Wendell Baptist Church of which her family were charter members.  She served as the assistant organist, sang in the church choir, served as a Sunday school teacher, served on the Junior Board of Deacons and chaired the personnel committee for several years. Eldora was an avid Bridge player and a member of the Chatter Box Bridge Club for over 45 years.

On August 9, 1958, she married her high school sweetheart, Julian Dwight Sanderford of Wendell with whom she spent 56 wonderful years.

Memorial contributions may be made to Meals on Wheels of Wake County.