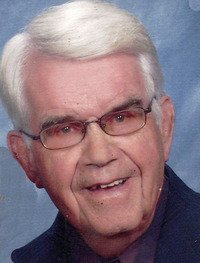 ZEBULON – Edward Osmond Jeffreys, 82, died Monday.  A native of Johnston County he was son to the late Osmond & Virginia Lee Jeffreys.  Ed was the owner of Earpsboro Farms, a Century Farm.  He was a founding member & past captain of the Zebulon Rescue Squad, a private pilot, and longtime member of Zebulon Baptist Church.  He was preceded in death by his beloved wife; Nancy Jo Wall Jeffreys, siblings, Warren, & Harold Jeffreys, Janie Moore.

Funeral service 11 am, Friday, Zebulon Baptist Church with entombment to follow in the Jeffreys family cemetery at Earpsboro

In lieu of flowers memorial contributions may be made to the Zebulon Rescue Squad.