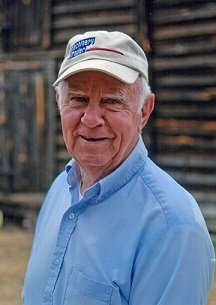 Dwight A. Whitley, 92 of Knightdale, transitioned to his heavenly home to live with Jesus on March 27th. His funeral will be Wednesday, March 30 at 2:00 pm at Strickland Funeral Home & Crematory, 211 W. Third St., Wendell. The family will receive friends one hour prior to the service.

Dwight graduated from Knightdale High School in 1948. He retired after almost 44 years of dedication from Pine State Creamery. He worked in the Maintenance Department and served as Maintenance Supervisor for several of his later years at the plant. Dwight’s passion was farming. He loved the land and driving his Farmall and Massey Ferguson tractors.

Flowers are accepted or memorial contributions may be made to Knightdale Baptist Church, P. O. Box 21 , Knightdale, NC 27545, or Buckhorn United Methodist Church, 8102 NC Hwy 42, Kenly, NC 27542, or to the charity of one’s choice.