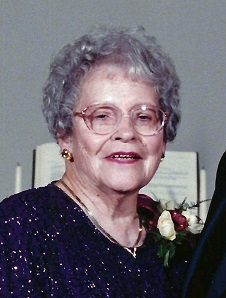 Dorothy Alice Watts Bliss, 95, of Bunn died Saturday at the William M. Dunlap Center for Caring in Raleigh, NC.  Dorothy was born in Seaton, IL to William Martin & Jesse Ora Needham Watts.  She grew up in Keithsburg, IL.  In 1945 she married Donald Curtis Henigan in St. Charles, IL, where they lived for many years and raised their boys, Danny, David, & Dean.  Later in life after Donald’s passing, she married Wesley Franklin Bliss of Batavia, IL in 1970.  They lived in St. Charles, IL, Charlotte, NC, and St. Augustine, FL before moving back to NC in 1997 where they lived at Lake Royale & then Bunn Manor.  Dorothy was preceded in death by sons, Danny Henigan of Lake Royale, NC, David Henigan of Batavia, IL, & Dean Henigan of Chicago, IL, her 4 brothers & 6 sisters.

In lieu of flowers, memorials may be made to one of Dorothy’s favorite charities, The American Cancer Society, The American Heart Association, or a charity of one’s choice.