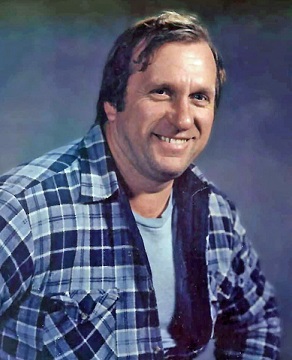 Don was born on August 30, 1944 in Highmore, SD to Albert Mehrer and Anne Springer. Following his fathers’ death the family moved to Pierre, SD in 1949. He attended the Pierre School district but left school early to pursue his passion for auto mechanics. Don enjoyed stock car racing, rebuilding engines and racing motorcycles.

In 1964 he married Sharon Taggart and his son Bryan was born. He married Betty Skog in 1968 and they had a daughter, Dawn. In 1970 Don married Carla Myers and to this union Rhonda, Brenda, Tina, Christina, Donelle were born.

He began working at the Capital Journal in Pierre at a young age and enjoyed learning how to work on the presses and gained many skills over the years. He discovered his passion for photography at the Capitol Journal and covered many sporting events and local news stories for the paper. Self- taught, on a 35 mm camera Don became a gifted photographer and learned to develop his own work. Many of his photos were published in the newspaper and he received awards for outstanding photography. He always said “the best picture of a person is when they are unaware of the photo being taken.”

Don was an avid outdoorsman and spent most of his free time hunting deer, pheasants and geese with his dog as a companion. He enjoyed fishing and boating in the Missouri River but he made sure to include the family on outdoor adventures. Taking them camping several times every summer and during the winter he enjoyed pulling his girls on the sled with his jeep.

Don was always physically active. He took part in Jujitsu, Boxing and Power Lifting. He spent a lot of time working out at Larry’s Gym. He set many state records in Deadlift, Squat and Bench.

He also enjoyed snorkeling, Metal Detecting and talking to his buddies on the cb radio, Cobra out.

He is preceded in death by his parents and his step father Ted Thoreson, his sister Sharollet (Mehrer) Pynakker and his daughter Dawn Mehrer.

Special Thanks to everyone at the Oliver House that contributed to his care these last couple of years.

Celebration of Life for him will be held at a future date. Thank you for the Love and support