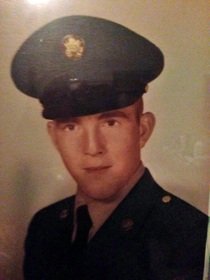 WENDELL – Dolson James Porter, 73, died Friday with his family surrounding him. He was born in Blossburg, PA to the late Addison Charles & Etta Mae McNeal Porter. He served his country during the Vietnam War in the U. S. Army. He was retired from Pinkerton & also volunteered with the fire department for 30 years. He raised his children and loved them more than life itself.

Visitation will be at Strickland Funeral Home, 211 W Third St. Wendell on February 13, from 1:30-2:45, service at 3:00, burial to follow in Greenmount Cemetery with military honors.