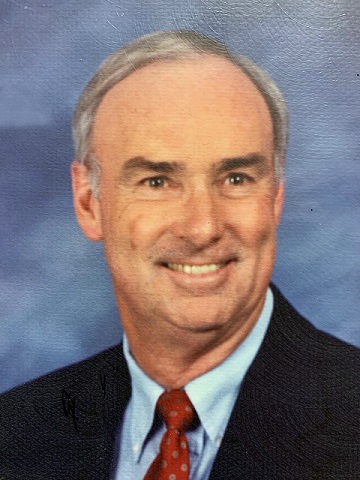 He is survived by three children, Bob Debnam, and wife, Michele, of Colleyville, TX; Jill Engstrom and husband, David, of Wilson, NC; and Sam Debnam and wife, Shelley, of Coppell, TX; a brother, Dennis Debnam and wife, Yvonne of Zebulon, NC; and four grandsons, Michael, Brent, Blake and Ben. Mr. Debnam was preceded in death by his parents, Charlie and Dolly Debnam, and brother, Ronnie Debnam.

Born and raised in Zebulon, NC, Carl worked on the family farm, graduating from Wakelon High School in 1959. He attended Atlantic Christian College, University of North Carolina at Chapel Hill and Chowan Community College, obtaining a degree in Accounting. At UNC, he was a member of the track and field team and played basketball at Chowan.
Mr. Debnam was a 54-year-long resident of Asheville, finishing out his work career as comptroller at NCI, Inc, where he was employed 24 years.

A service will be at 11:00 a.m. Tuesday at the chapel at Gethsemane Memorial Gardens, Zebulon, with burial following.

In lieu of flowers, please make donations to the Men’s Garden Club of Asheville or the missions fund of First Baptist Church of Asheville.