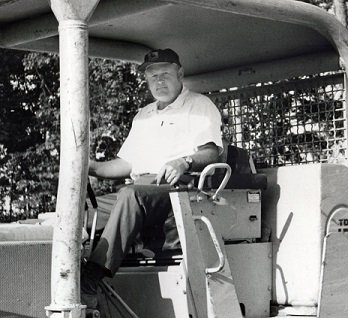 Bobby Ray Tutor went home to be with the Lord on Easter Sunday, April 4. He was born to Elmon and Nellie Baggett Tutor on May 18, 1933. His mother died in childbirth of a younger sibling and he was raised by Steve and Janie Jackson of Clinton, NC.

He served in the US Army in Korea. In the Army he learned the trade of heavy equipment operator and mechanic. After returning stateside he also worked as a truck driver before getting into construction where he worked until his retirement in 2008. He enjoyed cooking fish in his special made pan, fishing, motorcycle riding and watching NASCAR.

In addition to his parents, he was preceded in death by his middle son Steve, his brothers Robert and Edward (Snook) Tutor and his younger sister Irene Lucas. He is survived by his wife of 51 years Grace Alford Tutor, his sons Bobby Tutor Jr  (Buddy), Joseph (Joey) Tutor and his daughter Vickie (Larry) Freeland, three grandchildren, three great-grandchildren, sister Zona Mae Holland and brother Don (Sandy) Tutor as well as several nieces and nephews.

The family wishes to give a special thank you to SECU Hospice.