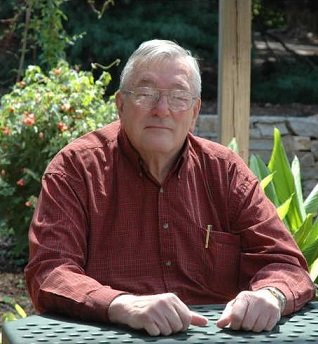 Bobby Gene Wilder, age 90, of Raleigh, NC, died suddenly on Sunday, September 25, 2022 while recuperating from a brief illness.  He was the son of the late Adolphus Greene Wilder and Bessie Hocutt Wilder.

Bobby is survived by several nieces and nephews and a host of long-time friends.

Bobby was born in Johnston County, NC, on February 11, 1932.  After serving in the Navy for four years, Bobby returned to attend NC State University and graduated in 1959 with a Bachelor of Science in Education.  After graduation, he was employed by Wake County Schools until 1967 as a Science teacher at Daniels Jr. High School in Raleigh, NC.

Bobby met Jack Ralph Lamm in 1958.  Together, as devoted partners for 43 years, they enjoyed traveling around the world visiting historic sites, grand estates, and famous gardens.  Inspired from their travels, they created beautiful gardens and homes in Raleigh which reflected their love for design and natural beauty.  Their annual holiday celebration was legendary among their friends and was not to be missed!

Bobby was a savvy businessman and with Jack, co-founded Century Framing Limited in 1986.  This collaboration culminated in a successful venture combining Bobby’s business acumen and Jack’s artistic talents.

Bobby was an extraordinary philanthropist and gave generously of his time and resources in support of the arts and many horticultural societies.  Bobby served as an officer for the North American Rock Garden Society Triangle Chapter for more than 25 years, and he was recognized for his service at local and national levels.

With Jack’s passing in 2001, Bobby focused on his true gardening passion and support for the JC Raulston Arboretum at NC State University, giving of his time, his energy, and his resources which were second nature to Bobby. He was an avid volunteer for more than 30 years and was always on the front row of every lecture held at JCRA.  He was always the first to offer a sponsorship, buy a new computer, or donate whatever was needed.  Bobby created several endowments supporting horticultural scholarships and internships. He left a substantial legacy gift to the JCRA’s Endowment for Excellence. The Bobby Wilder Visitor Center was named for him as a tribute to his long-time service and support.

Bobby loved to travel.  He and Jack had many great adventures together, and Bobby never tired of planning the next trip. He was a great benefactor to many friends and family who enjoyed traveling and assisted Bobby on his many adventures.  He delighted in watching people, making new friends, and of course, enjoying good food.

A Celebration of Life is planned for the Fall.

In lieu of flowers, tribute gifts may be made for the NC Agricultural Foundation, Inc., for The JC Raulston Arboretum Endowment for Excellence or for The Bobby G. Wilder and Jack R. Lamm Horticultural Scholarship Endowment, NCSU Campus Box 7645, Raleigh, NC 27695.