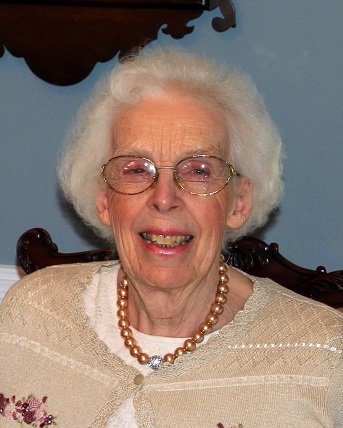 Arlene Violet Osinga Bryans, 93, passed away on Sunday, May 9, 2021. She was born to the late Harry and Helen Kellerman Osinga of Bergen County, New Jersey on April 16, 1928. Arlene was predeceased by her husband of 65 years, Elmer Bryans.

She served her country honorably in the US Air Force where she successfully rose to the rank of Staff Sargent, serving in a communications squadron where she held the exalted post of guidon bearer for the 19th WAF squadron. It was here she met her future husband, Elmer Carl Bryans. They were united in marriage on April 3, 1952 in Blackstone, California, near Hamilton Air Force Base, where they were both stationed.

After their daughter was born, they had the opportunity to serve two tours in England before settling in Poughkeepsie, NY. While in England, they developed a love of antiques, where they purchased many beautiful items. Once back in the US, they turned that passion into a small successful antique business in Poughkeepsie called “Wares of Yesteryear”. Arlene developed a keen sense for spotting rare and valuable items and was an avid researcher who enjoyed identifying the history of the objects they discovered.

An interment with Military Honors will be held at Arlington National Cemetery at a later date.