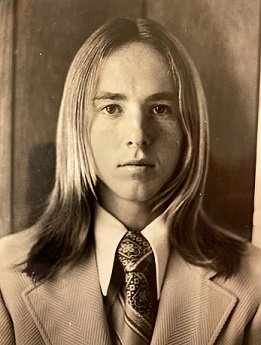 ZEBULON – Anthony “Andy” Wilton Gay, Sr., 69, passed away on Monday. Andy was born in Wake County to the late Angus Wilton Gay and Hilda Gay. Andy was the beloved former Town Attorney of Zebulon and founding partner of Gay, Jackson, and McNally LLP, serving all of North Carolina. He was a loyal member of Sigma Pi Fraternity, Student Body President at Atlantic Christian College, and member of the Charter Class at Campbell Law School. Andy was President of the Pirate’s Cove Homeowners’ Association in Manteo and 2x Pirate’s Cove Billfish Tournament Champion. A director of First Citizens Bank, a Paul Harris Fellow, and a dedicated Rotarian, Andy remained a strong supporter and member of Zebulon Baptist Church for all of his life. Andy was truly a larger than life character, a staple in both the Zebulon and Pirate’s Cove communities, and will be missed by all.

In addition to his father, he is preceded in death by his twin brother, Randy Angus Gay. In addition to his mother, Hilda Gay, Andy is survived by his wife of 30 years, Laura Ann Gay; children, Anthony “Jake” Wilton Gay, Jr. and Abigail “Abby” Patience Gay; sister, Cheryl Gay Lanier; and several nieces, nephews, great nieces, and great nephews.

A memorial to celebrate Andy’s life with all those he loved and those who loved him will take place on the family farm in the Spring of 2022.